Kazakh entrepreneur Kairat Nurlybekov has signed an agreement with Dutch company KYLLA for a $5.6 million investment in his invention, a shoe dryer. He will be travelling to the Netherlands to discuss the details of the agreement, including the option of KYLLA purchasing a share of the enterprise.

“Aside from the Dutch, other countries are also showing interest. It is a pity that here in Kazakhstan, it [the device] does not invoke much demand. Investors here prefer the IT sphere where there is no need for large investments,” said Nurlybekov.

Zima Clear Sole is easy to use – the person stands on the device and strong currents of warm air blow on his or her shoes for 20-30 seconds removing water, dirt and snow. UV light helps remove light dirt. The dryer is installed in the entranceway or embedded in the floor, occupying a small, underused space.

“It basically works like a hair dryer,” he noted. 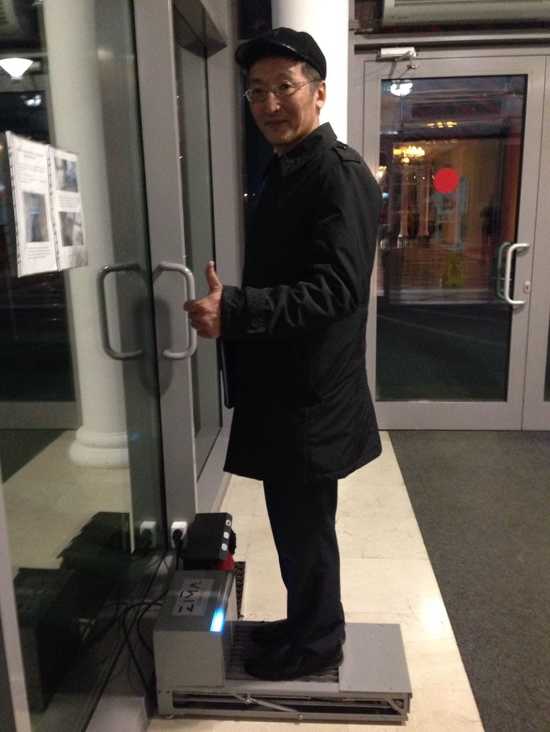 “We have all the necessary signatures; there are only several documents left. From the start, I wanted for my invention to be assembled in Kazakhstan and sold around the world with the ‘Made in Kazakhstan’ label on it,” he added.

The idea came to Nurlybekov in 2015 as he considered the capital’s long winters and abundant precipitation. In addition to toasty toes, the invention has a practical component, as it prevents footprints on floors and carpets in cold, rainy weather when people enter buildings in wet shoes. The dryer eliminates the unattractive look and need for the cleaning staff to constantly wipe the floor; slippery, dangerous conditions that can cause injury and the constant accumulation of dirt that becomes a fertile ground for infection.

Commonwealth of Independent States citizens typically wear shoe covers which can be uncomfortable, especially for people with disabilities, senior citizens and pregnant women. The plastic covers are also harmful to the environment. Zima Clear Sole, however, is eco-friendly and even reduces water consumption by 10-20 percent, said Nurlybekov.

“Many business centres have the other kind of shoe cleaners, but they require additional care – filling them with cream, changing brushes. My device does not require that. It is easily transportable and needs to be wiped not more than once a day. It also saves time for the cleaning staff, detergent and water. Plus, your shoes will be clean and warm, which is very important in the winter,” he added.

Preparations are being made to produce the device’s fourth model, which, compared to previous versions, is lighter, faster and cheaper. The five-person company has received requests from Canada, Spain and the U.S. anxious to see the new model.

“We want to sell the best possible version of our product, so that the advertisement and recommendations would be good,” said Nurlybekov.